The European Court of Justice has ruled that employers may prohibit head scarves. And in the Netherlands, Islamophobic parties are unfortunately growing yet again. The headscarf, a typical symbol for the Islamic woman, is often associated with repression, shame and failed integration, as became evident during the campaigns of recent election in the Netherlands. Incorrect. The choice for the headscarf is more often than not made by the woman herself.

The western, Islamic woman of today researches, consults sources, substantiates and decides on the basis of her own ideas, values and norms to cover her hair. She is ambitious, assertive and autonomous, but is rarely invited to participate in the debate on the role of the headscarf in our society.

In this article: young, smart women relate their personal story about the decision to wear a headscarf later in life. What considerations are made and why? For whom does she wear a headscarf? And how does such a process of change progress? Three young women take the floor to talk about their choice for the headscarf.

Three women have their say

Elif (19): “I’ve wanted to wear a headscarf since I was fifteen. In high school I was just not ready for it, I didn’t dare to. Only when I followed a theological course in Istanbul every summer for three years did I knowingly delve deeper into religious books and I started to see life differently than before. There was one ruling of a scholar that truly made me decide to choose the headscarf: “You say you love Allah, you speak of it, but deep down nothing happens. You don’t do what Allah has told. You believe in the Quran, the guidelines that are farz [also fard, a religious obligation, ed.], you love Him, right? Allah created you to pray for him [which includes wearing a headscarf, ed.], not to be concerned with earthly matters. With your attitude, you show this.” I immediately knew what I had to do, what I had wanted all these years: wear a headscarf.” 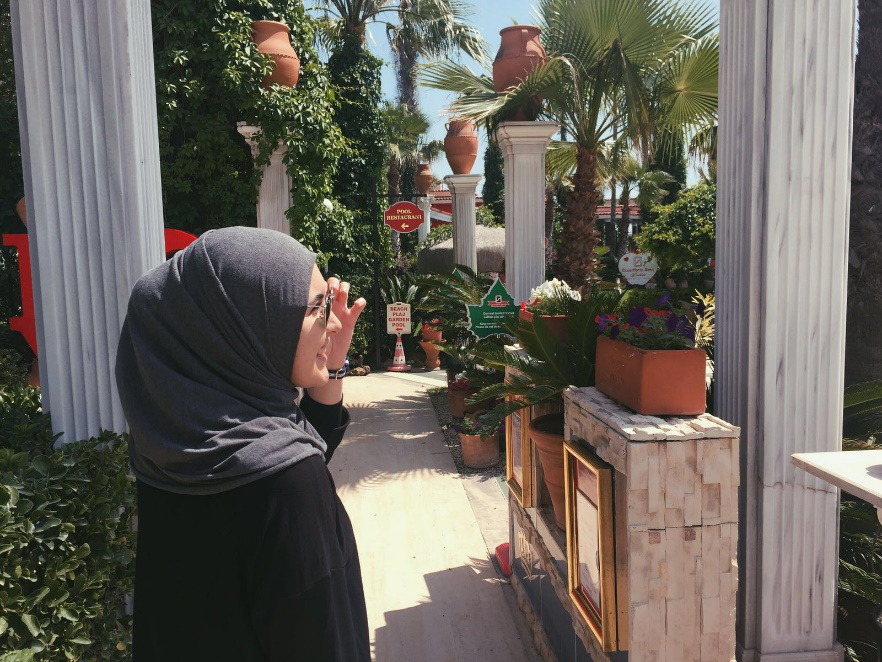 A quest for identity

Many women make the choice for a headscarf during puberty, when they start looking for a foothold, an identity, a group to which they want to belong. Especially in the western world, where contrasts are becoming more clear and confrontations occur between Muslims and Islamophobes, do women feel a strong need to delve into their own faith. Samira, who suddenly made the decision together with her twin sister, confirms this.

Samira (24): “I made my decision when I was fifteen. It was during a time when I was really searching. It can really make you think at such a young age, because you learn about Islam at home, but about Christianity at a Christian school. I became more and more steadfast in my faith. I saw my older sisters with headscarves and because I look up to them I wanted to wear a headscarf too. Meanwhile, the headscarf obtained another meaning for me as well. I also consider the wearing of a headscarf as a means of securing, because the headscarf will protect me from doing things that are in conflict with Islam while wearing it. With the headscarf, I am reminded of the principles that are important to me. Because I carry Islam in my appearance, I have a greater sense of responsibility to represent Islam.”

Thus, at first glance, the headscarf seems to be an expression of one’s own identity. That it also provides a possible means to escape the hungry male gaze is a secondary, but welcome, added bonus.

“Of course, it can also be a signal to others not to regard you as an object of lust, but, personally, I wear it for my own values. I am a proud Muslim and I see no objections to convey this using my appearance.”

Tugba (25): “The positive thing that changed is that I could, always and everywhere, show my identity as Muslim. My life before wearing a headscarf was often filled with insecurities that any teenage girl would have. I was not happy with my appearance. While a large part of the world may think that a headscarf is “oppressive,” it became a liberation for me (and many other women), liberation from the standards imposed on us by the fashion industry: size XXS, a beautiful skin (and losing hundreds of euros on all kinds of makeup)… A headscarf is a form of protection for me. I think that it commands respect, and that men now talk to me because they are interested in who I am and what I do, not because I’m beautiful and attractive. That gives me a good feeling.”

The conversion from a western style of living and clothing to an Islamic one is difficult, it requires courage and perseverance. Ego and vanity should disappear, discussions with parents and others start to arise. But doubt doesn’t stand a chance, the choice is made at once, things are shattered with certainty.

“I already did all the shopping for the summer holidays, packed my suitcase with short shirts when I really wanted to wear a headscarf already. When that desire started to grow, I discussed it with my fiancé. He really supported me in this. “Isn’t it to early to wear it, maybe I’m not feeling ready after all,” I said. “What is “feeling ready”?” he asked. “It will always be hard in the beginning.”That was the final push that I needed. The uncertain phase in my life, plus the search for answers in Islam, has led to me wearing a headscarf. I emptied my suitcase with summer clothing and collected all kinds of clothing that was suitable. My parents responded different than I expected. They were afraid that I would be discriminated against. I was always free in making my own choices. If they had obligated me to wear a headscarf, I wouldn’t have dealt with it so consciously. Now, I am happier, less insecure, and most importantly (and perhaps also most ironically): I new feel that the pressure I felt has subsided. 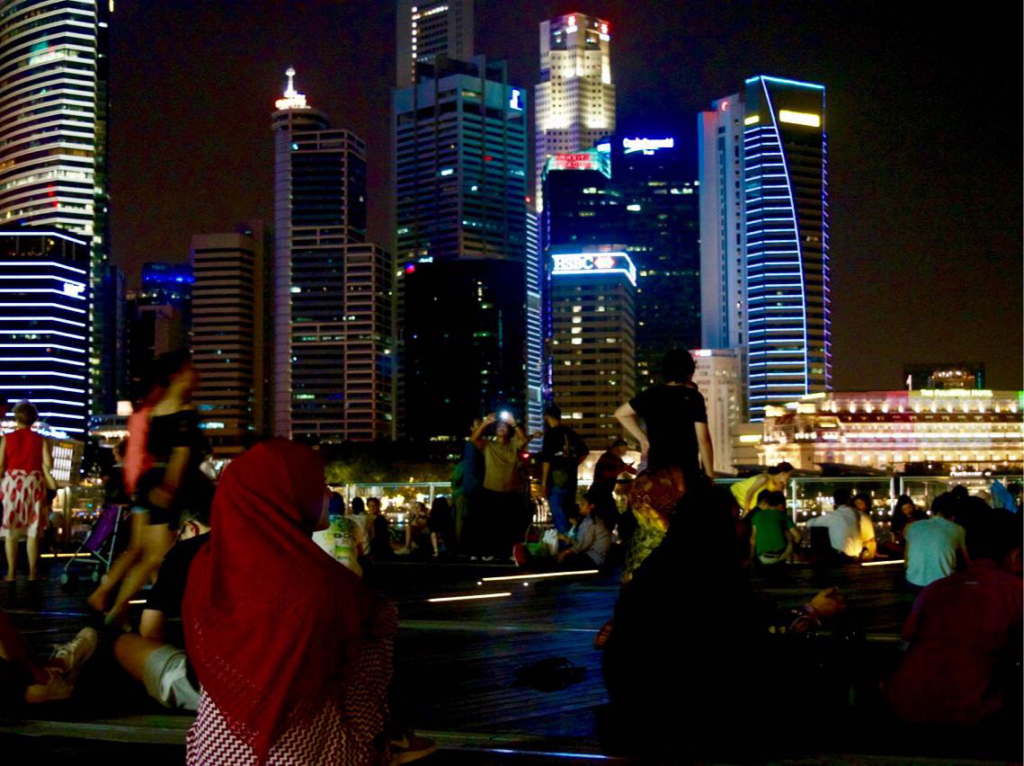 The negative discourse about Islam makes Muslims quite aware of their choices. It is precisely the escape from certain social norms about women’s appearance that causes the headscarf to be experienced as a liberation. With the decision of the European Court of Justice to be able to ban the headscarf in the workplace (link in Dutch), this sense of liberation is taken away from many ambitious women. The individual freedom that is granted to them by their own social circle is limited “outside,” in the Dutch society. Still choosing to wear a headscarf will turn into an even bigger voice of protest and, in addition, a grand display of self-expression. These young women are confident and reflective. Not victims, but perpetrators. Not ashamed and hidden, but outspoken and determined. That should be rewarded, not punished.