In Hello Ma’am… a Vileine woman – this time a man – writes an ode to a woman who inspires us. Because we, like our manifesto states, stand in solidarity with other women. These inspiring women can take many forms, for “the woman” does not exist. This week: MEP Corazza Bildt!

It is a matter of fact that this section is called Hello Ma’am. Naturally, I should have addressed you with “Dear Mrs. Corazza Bildt” – a more appropriate form of address for someone your stature. After all, besides having been chosen as a member of the European Parliament since 2009, you carry with you many years of experience in various positions at the OECD, the United Nations, the European Commission and as an entrepreneur. However, both the English and the Swedish-language version of the Wikipedia page dedicated to you show a lack of respect: both appear to mention your marriage to a former Swedish Prime Minister as a starting point of your career.

I have heard you speak words that sound like music to our ears during the seminar Women’s Economic Empowerment in Brussels: “Women rights are human rights.” It is a preach to the choir that, unfortunately, we have to keep repeating. I heard you convey a terrific narrative on how gender equality is not just important, but that more has to be done in order to achieve it. For example, you stated, rightly so, that men should take more responsibility within the family. 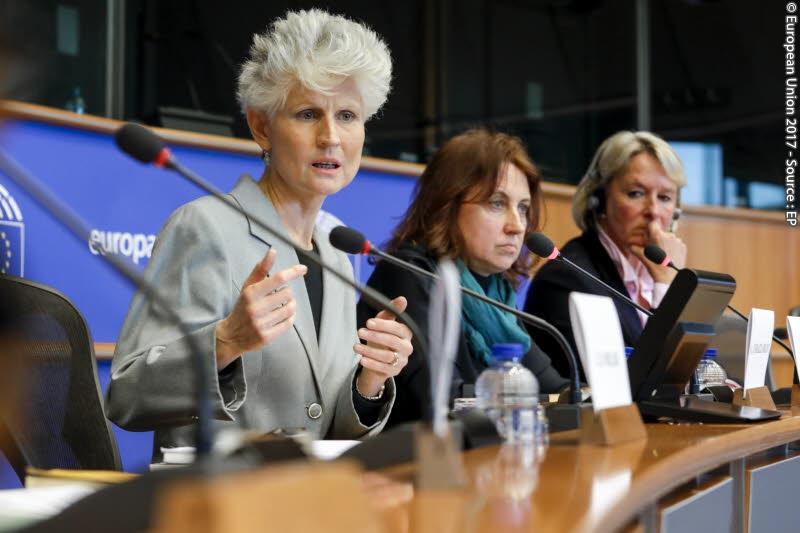 This is in itself not that special: sharper statements have been made regarding emancipation and gender roles. What makes them special for me is that they came from you. You share a faction in the European Parliament, the political group EPP, with the Dutch political party CDA. Hopefully, your words find a proper place to land at your Dutch colleagues, for the family-as-a-cornerstone-of-society-mentality of the CDA is, unfortunately, continuously creating an outdated view on gender roles. In addition, the current CDA-leader, mister Buma, has managed to claim that “women have thousands of years of equality” (link in Dutch) during one of the debates of recent elections.

You are, as a fellow faction member of the CDA, not just needed in Brussels, but also in the Netherlands. After all, it should not just be the political opponents of mister Buma to rebuke him, but precisely also his associates. Your sharp position during the seminar that “we have to push member states to work on gender equality” is incredibly valuable in light of political developments in the Netherlands, especially now that the CDA has a huge chance of being part of the coalition that forms the Dutch government. Your addition that subsidiarity is valuable within the EU is of course your right as an elected representative. “We have to respect the different social systems in the European Union,” does not have to clash with gender equality after all, but it does do justice to the political ideals of your party.