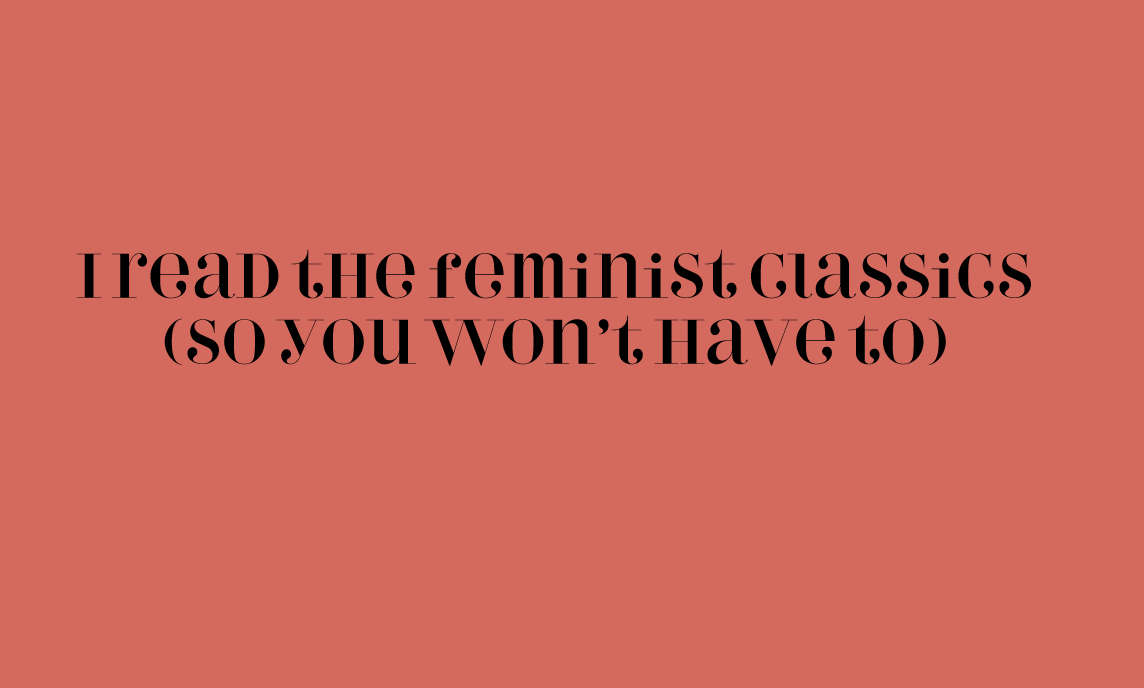 Our editors write about the feminist classics they have read, so you don’t have to – but in the end will still want to. This week Liselore van der Zweth discusses How to be a woman, by the English journalist Caitlin Moran.

What’s it called?
How to be a woman by Caitlin Moran

Where would you know the author from?
Caitlin Moran started writing music reviews for Melody Maker when she was only 16 years old. She wrote an autobiographical novel about this eventful period called How To Build a Girl in 2014. In her adult life she was a columnist for The Times for eighteen years. Since the publication of her book How To Be a Woman and the sequel to this – Moranthology (2012) – she could easily be called a rock star feminist: her lectures attract hundreds of young girls who feel inspired by her books. In 2015 she also wrote and produced her very first television show, Raised by Wolves.

What is her book about?
Why did you choose to pick up your Gilette for the first time and shave your legs? Why is passion the only thing that is missing in porn? Don’t contemporary beauty ideals have paedophile tendencies? And how on earth do you call your vagina? Caitlin Moran provides the reader with hilarious answers to these questions and more. How To Be a Woman is full of anecdotes from her own youth; about her growing up and the many contradictions this brought along with it when becoming a modern woman. Caitlin Moran – with her own unique quirkiness – embodies the role of every woman: her experiences contribute to making us think about the role women have in our society.

Why you should definitely read this book?
How To Be a Woman gives the reader a lot of food for thought, but most of all it is a good laugh. Tip: Don’t read this one on the train surrounded by strangers. That is what I did and I got a lot of bewildered stares from fellow passengers when I was chuckling about a joke and trying to hide behind my book. But also at home I wasn’t safe when my dogs would look at me strangely whenever I was howling with laughter. Which happened for example when I was reading a passage where the word ‘feminism’ was explained and why it should be used more often:

“We need the only word we’ve ever had to describe ‘making the world equal for men and women’. Women’s reluctance to use it sends out a really bad signal. Imagine if, in the 1960s, it had become fashionable for black people to say they ‘weren’t into’ civil rights. ‘No! I’m not into civil rights! That Martin Luther King is too shouty. He just needs to chill out, to be honest.’”

How To Be A Woman was a popular book in Emma Watson’s feminist bookclub. Want to read more about it? Go check it out here.

What you should know in case we haven’t convinced you to read this book?
In this book Caitlin Moran pinpoints accurately why it is so difficult and confusing to be/become a woman. But why is this the case? This question lays bare a broad range of problematic issues surrounding womanhood – from seeing celebrities as role models to porn being used for sexual education. From buying one’s first bra to undergoing an abortion. When tackling all these issues Moran sees feminism as the much needed antidote – a feminism that changes these issues by mocking lightheartedly instead of bashing relentlessly. Or, in Morans own words:

“Feminism is simply the belief that women should be as free as men, however nuts, dim, deluded, badly dressed, fat, receding, lazy and smug they might be. Are you a feminist? Hahaha. Of course you are.”

Readymade quotes for a party:
“When statistics come in saying that only 29% of American women would describe themselves as feminist – and only 42% of British women – I used to think, What do you think feminism IS, ladies? What part of ‘liberation for women’ is not for you? Is it freedom to vote? The right not to be owned by the man you marry? The campaign for equal pay? ‘Vogue’ by Madonna? Jeans? Did all that good shit GET ON YOUR NERVES? Or were you just DRUNK AT THE TIME OF THE SURVEY?”