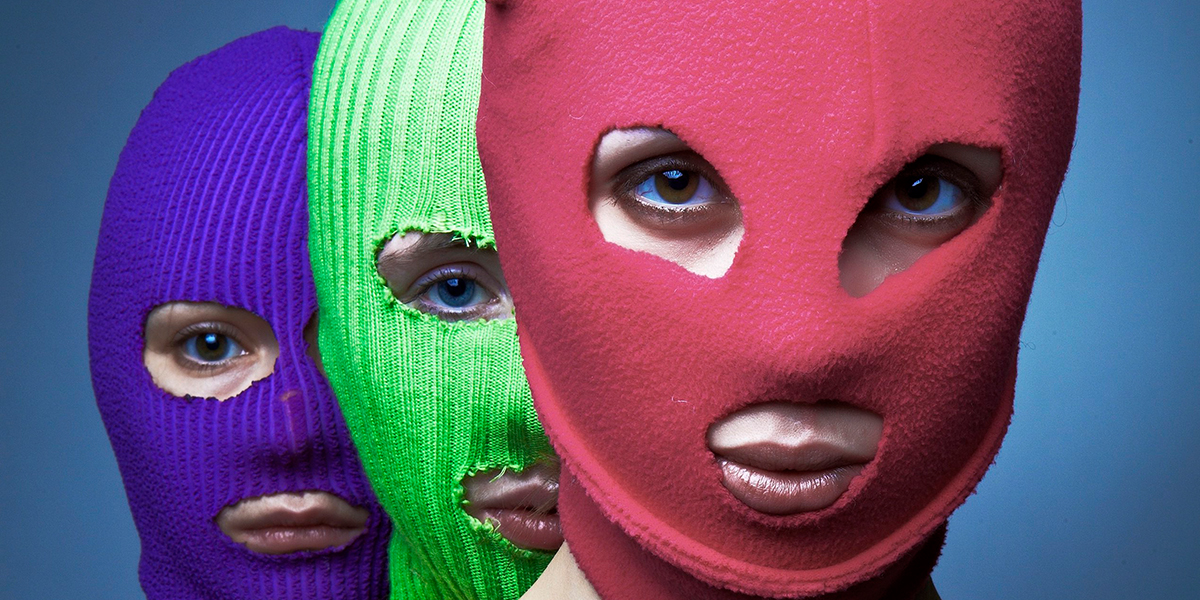 In Instant Classic, Vileine editors discuss feminist classics so that you don’t have to read them anymore – but you will want to. Today, Liselore van der Zweth discusses How to Start a Revolution, the recently published autobiography by Pussy Riot activist Nadya Tolokonnikova. 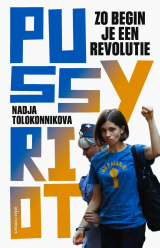 Where and when?
The Netherlands, 2017

What’s it about?
How to Start a Revolution is partly a political manifesto and partly the life story of Pussy Riot activist and artist Nadya Rolokonnikova. In 2012, Nadya and her fellow Pussy Riot members, Masha and Katya, were arrested due to a punk performance in a Russian Orthodox cathedral in Moscow in order to protest the merging of state and church in Russia. In a show trial that lasted for months and was heavily criticised – even Madonna showed her support to Pussy Riot – Nadya and Masha were convicted to two years imprisonment in a detention camp. How horrible the conditions were, why Nadya went on a hunger strike, how they survived this hell, and what she was doing after her release, you can read in this book.

Why should you read this book?
Like the title reads: How to Start a Revolution is a combative book. The first lines read: “If selling my soul would lead to the resignation of Putin and the emergence of pluralistic politics, then I would do it. Don’t sell your soul for a low price. Cultivate a culture of revolt” (trans. from Dutch ed.). On the cover, we see Nadya with a raised fist. Her t-shirt says “No pasarán!” : the battle cry of the guerrilla movement of Nicaragua in the 70s. They will not pass. The same unyielding tone emanates from this book. It seems incredible that this fragile-looking girl has risen against the dictatorial leader of a nation, was made to suffer for that in a prison camp for two years, and, after her release, took up the cudgels again – for instance, she performed at the Olympic Games of 2014 in Sochi and was subsequently attacked by security guards of the event.

In short, sharp passages, that jump back and forth through time, Nadya paints a picture of the life in Putin’s Russia, and of what she had to do to survive in a prison camp where she had to sew uniforms 10 hours a day, was beaten and where she was put in solitary confinement. She also shares the philosophies and influences that have stimulated her actions. From punk to Riot Grrrl (link in Dutch) – the track Rebel Girl by Bikini Kill is, according to Nadya, her biggest source of inspiration; such DIY-movements that united art and activism were non-existent in Russia until Nadya single-handedly brought them to life. And from feminists like Judith Butler – Nadya learned to read English in order to read her books, because they were never translated into Russian – and Simone de Beauvoir to artist Lynda Benglis, who stimulated the founding of Pussy Riot with this photo.

Oh, and if those reasons are not enough to read the book: for every copy sold, a part of the proceeds go to Nadya’s human rights organisation Zona Prava – so you’re also acting like a philanthropist.

What should you know if you don’t want to read this book after all?
You might think: oh, but Russia is not all bad, is it? Well, if there’s anything that becomes clear from How to Start a Revolution, it would be the notion that the Russian society is infected with patriarchal systems down to its core. The HBO documentary Pussy Riot: A Punk Prayer shows how leaders of the Russian Orthodox church talk about Nadya as “a demon” and that they would prefer to burn her at the stake like a witch, just like the good old days.

Furthermore, a male talk show host states that he wishes to “punish” (read: hit) her – no surprise in a country in which domestic violence is no longer a prosecutable act. Of course, Nadya has a strong opinion about that too. But we read a lot more in her book: women in prisons are forced to participate in beauty pageants and walk in high heels; the would not be paroled otherwise: “Zlata was only released on parole after performing in high heels and had thus proven her loyalty to the femininity regime.” (trans. from Dutch ed.). Likewise, there is immense inequality between men and women in Russia in the political and the social realm:

“In Iran, 27 percent of the ministers is female, in Russia just 11 percent. (…) And still, opinion polls show that a quarter of the Russian population thinks that women do not belong in politics and that the number of women should be reduced. No joke, baby, no joke.” (trans. from Dutch ed.).

And we haven’t even mentioned the fact that homosexuality in Russia is prohibited by law. Pussy Riot protested all these issues and How to Start a Revolution deepens the context of those protests. One thing is certain: her words are so powerful that they may surely start a revolution.

Ready-to-the-last-gaiter-button quote for party’s and events:

““Look at the big cock I have!” says Putin with his military parades and the wars he starts.

I am a woman, but I also have a cock and it’s bigger than Putin’s. By the way, just so you know: every woman has a cock.” (trans. from Dutch ed.)