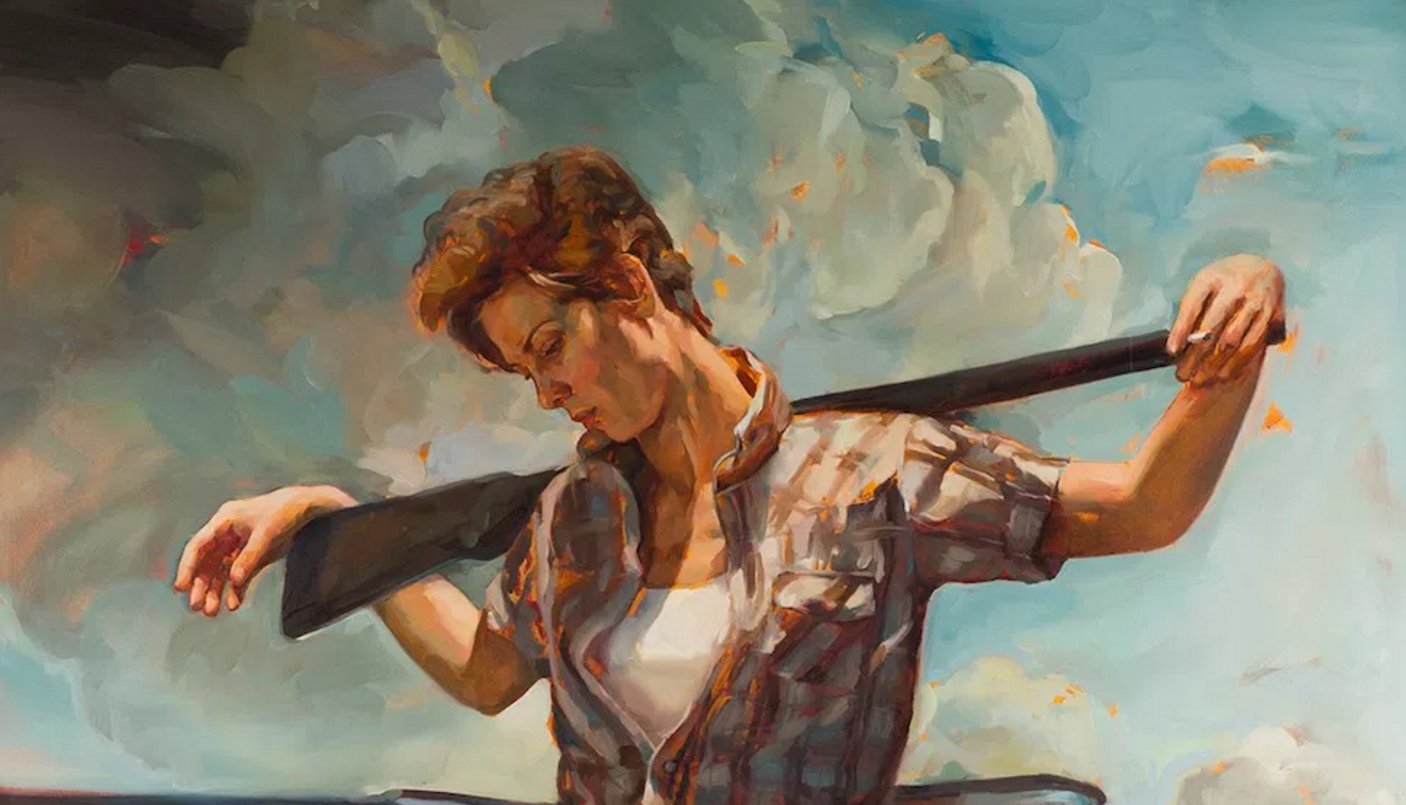 Framed puts aesthetic activism in your face. In Re-Western, Felice House is defying stereotypes by going to the heart of the American Dream and depicting female cowboys.

In a time where gender and the division of power are hotter topics than ever, especially in the United States, American artist Felice House has created a series of paintings in which she puts a spin on that pinnacle of American masculinity: the cowboy.

After moving from Massachusetts to Austin, Texas, House became inspired by the Western culture that still flourishes there. But she soon found a way to subvert the collective hero-worship of John Wayne, Clint Eastwood, James Dean and other heroes of the celluloid Wild West. Being a member of the Women Painting Women community, where women are both the objects and the speakers in their art, from the beginning of her career House has been focusing on creating a counter-movement to the passive position women have been forced to take in art throughout history. The women she paints allow themselves to be observed, but not consumed; it was the same for the women who answered the call to feature as a model in her latest series, Re-Western.

Here, House places modern American women in a traditional Wild West setting, portraying them as desperados, gun slingers and outlaws, to create a dialogue about the making of heroes. Many of her models had decided which man they wanted to replace: thus, portraits of Liakesha Dean, Rebekah Wayne and Virginia Eastwood were created. 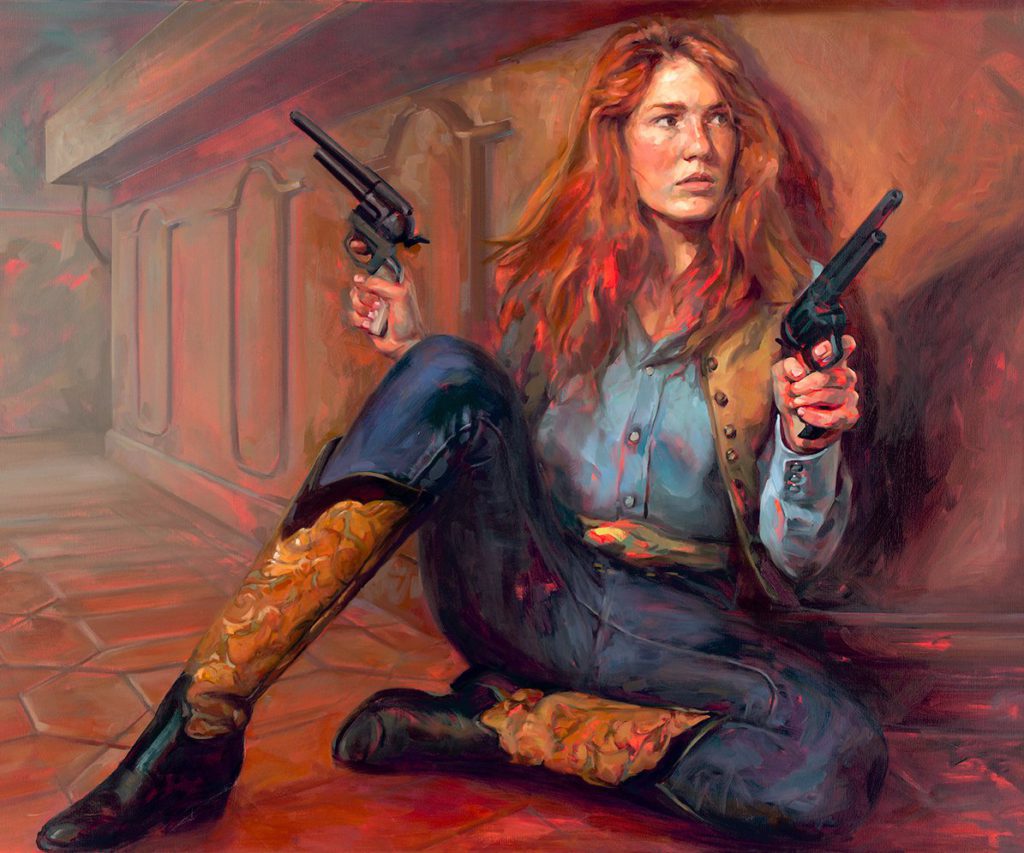 Was it simply a question of copy-pasting a model’s face over Clint Eastwood’s and adding in a pair of guns? It wasn’t, as House discovered: her project demanded a total revision of the stereotypical images of women in westerns—barmaid, sexy cowgirl or damsel in distress—as her models confirmed while posing in Western-style clothing, trying to imitate the men. Coquettish smiles and seductive over-the-shoulder glances were replaced by deep frowns and the stoic squint perfected by Clint Eastwood. In addition, the large size of the canvases makes the women tower over their audience, creating a shift in power dynamics: people aren’t used to women towering over them like this.

A tribute to all women of the Wild West

The paintings have a natural vibe that leads to rethinking the omnipresence of these types of images in Western culture, and at the same time shows how easily these images can be amended and still feel ‘right’, confirming the matter-of-factness of women as the good, the bad and the ugly. They could pass for historical artefacts: a tribute to the white women and women of colour who were kept just outside of the frame—after all, the Wild West was much, much more diverse than films make it seem. 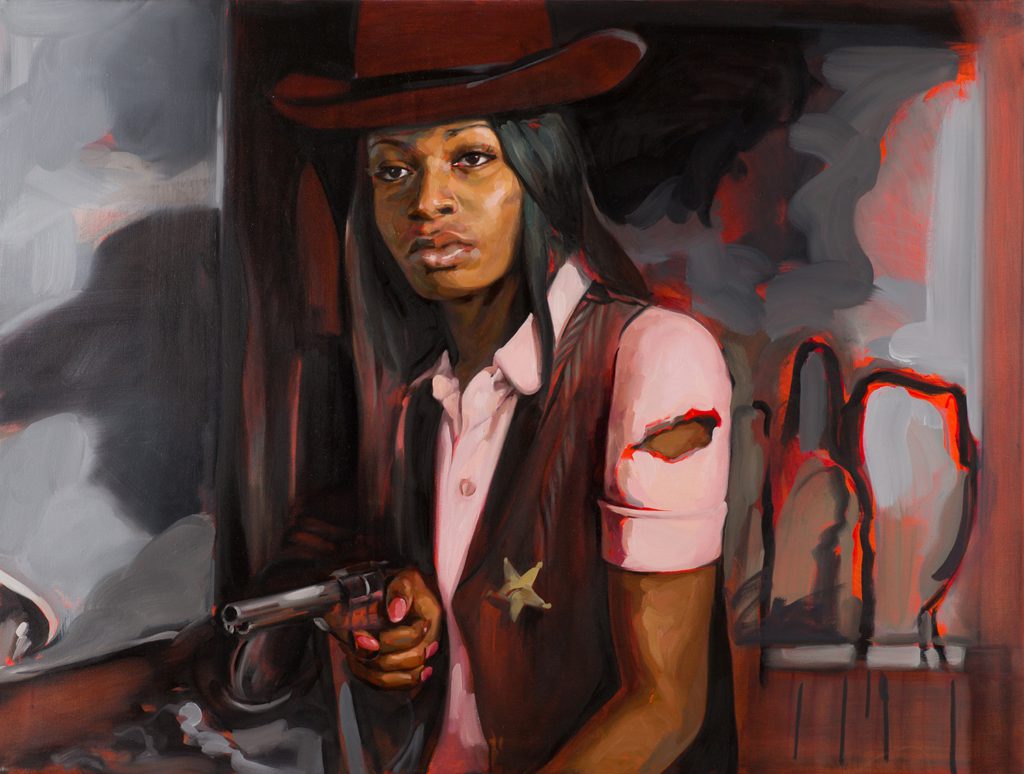